Creating content without an end destination can be a problem – without the right tools to drive it. Jabra has embraced the potential Employee...

Marketing Automation Primer: Why You Need It & Choosing a Solution Creating content without an end destination can be a problem – without the right tools to drive it. Jabra has embraced the potential Employee Advocacy carries for sales and marketing targeting purposes.

Jabra, one of the world’s leading providers of wireless and corded headsets, is a company with a long history and intricate structure. Founded in 1993 as Jabra Corporation in the US, the company was acquired by GN Netcom in 2000 and is now headquartered in Denmark. In 2008, two divisions were established within Jabra: CC&O and mobile.

Global Social & Digital Media Manager Mark Gaardbo says that the company had an overwhelming amount of really strong content, but the traditional ways of sharing internally weren’t converting to engage people on the Jabra’s social platforms. “We needed to do something to disrupt this.”

Initially, the company started out by including the marketing team, often the most engaged employees when it comes to communicating. Including the sales teams later on has resulted in a significant influx in activity, both in terms of engagement and suggested stories. Specifically sales teams working with B2B have picked it up, despite expectations that B2C would have been a more natural companion to Employee Advocacy.

“I think that one of the main reasons for this is that B2B sales communications is usually more complex, and this personal 1-to-1 communications is just so useful for the B2B salespeople”, says Gaardbo. “They absolutely love this kind of casual selling, where they share relevant stories and try to engage their network in that sense.” The program has been a major eye-opener for the company, and it will continue to add sales teams to the program, which is currently spread out across the company’s Scandinavian, US and UAE offices. The company’s own blog content has been popular among employees for sharing, as it combines the selly stuff with more content-opinion-based communication. Job listings top the chart for clicking content. This works both ways, Gaardbo believes, as employees also love to share high-profile decisions, so it helps the business overall.

Smarp has also contributed to driving traffic to the blog. Teams have actively requested to add in distribution partners to the tool. Smarp platform is praised for its analytics that provide a deep dive into what kind of stories employees like to share – and more importantly – what their networks click on. Users can do some tweaking and make use of the scores. “Everything is intuitive and easy to use, but it has some complexity behind it, which is good from an admin’s perspective”, Gaardbo says.

A social culture for all

The bigger GN Group organization and also Jabra’s sister company GN Resound have been very eager to be involved with the Employee Advocacy program, as it is not only a good way to share across the organization, but they feel that Smarp provides an opportunity they didn’t really have before; their only outlet was previously their own webpage.

According to Gaardbo, people who have engaged with Smarp are much better at reflecting on the content Jabra creates and how it can fit into the company’s communication flow. “We have previously tried to do social media playbooks, and social media guidance documents and codes of conduct”, says Gaardbo. “People don’t really read through long PowerPoints on what to do and what not to do. So I’m absolutely certain that this has had a much more positive effect on the company.”

Jabra is one of the world’s leading providers of hands-free solutions for mobile phones.  Founded in 1993 as Jabra Corporation in the US, the company was acquired by GN Audio in 2000 and is now headquartered in Denmark. GN Audio A/S markets a broad range of hands-free solutions for mobile phones, contact centers, offices and Unified Communications under the Jabra brand. Jabra's award winning product range includes the world's best-selling Unified Communications, Bluetooth®, corded and wireless headsets. The company has approximately 1000 employees and its revenue for 2015 was over 443M euros. Marketing Automation Primer: Why You Need It & Choosing a Solution

Internal Communications (IC): The What, Why, Who and How

Internal communications is a crucial department of every ...

Increasing employee retention is one of the main goals every employer ...

Internal Networking: How and Why Bring It Into Your Organization

What Are Employee Relations and Why Are They Important

Employee relations and communications are some of the main factors ... 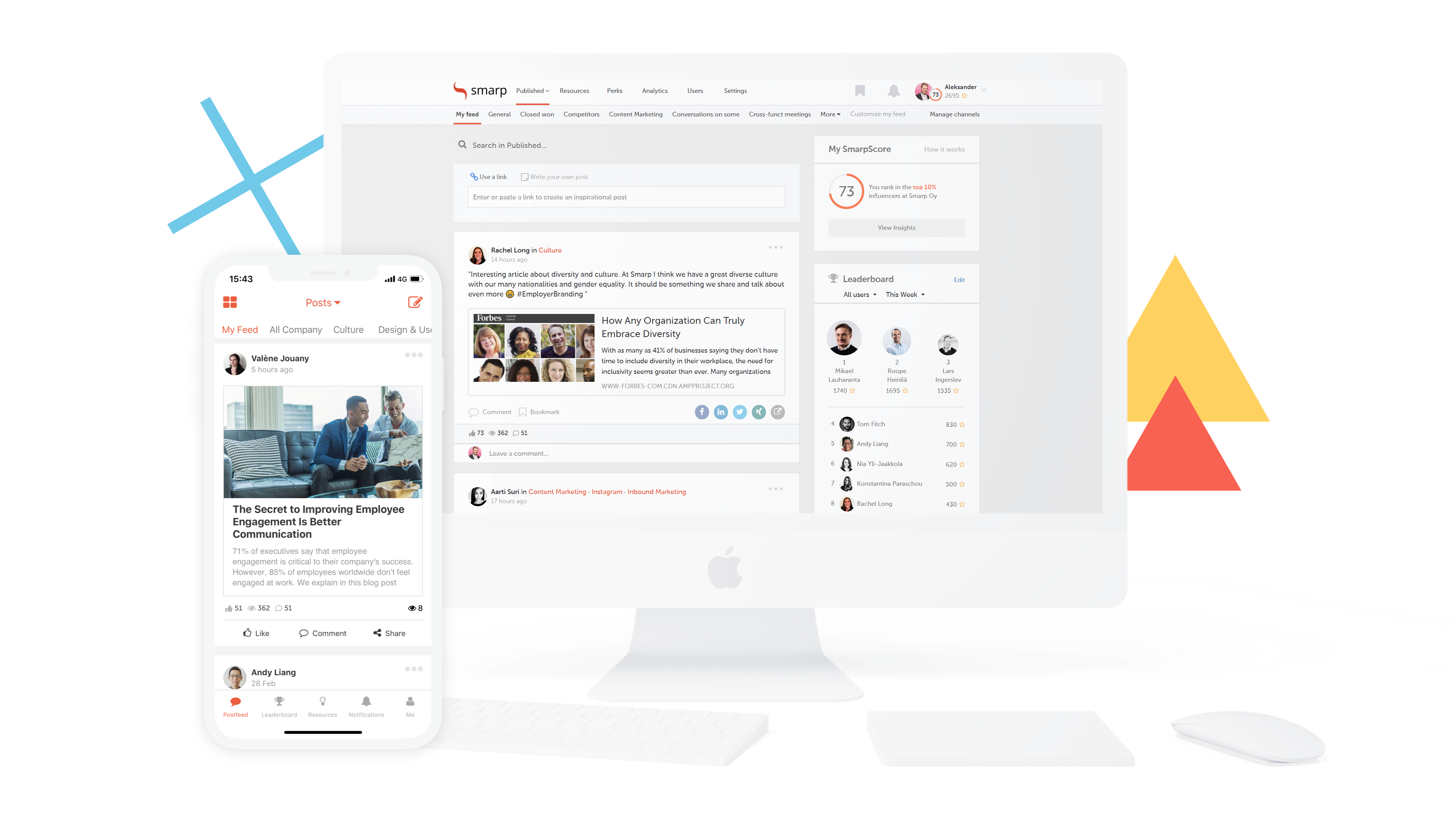 Use Smarp to connect employees with relevant content. Anywhere, anytime.