3 Benefits of Working with Micro-Influencers

You’ve heard of micro-influencers and you’re thinking of working with them. But you’re also wondering if they’ll be right for your brand.

Why Educational Content is Vital to Your Sales Team’s Success

You’ve heard of micro-influencers and you’re thinking of working with them. But you’re also wondering if they’ll be right for your brand.

Related: How to Build an Influencer Campaign that Matters

If you’re still unsure about it, take a look at the following benefits of working with micro-influencers:

For people to become aware of your brand through influencers, they need to be consistently interacting with the influencer’s content. This means you need influencers who can drive high levels of engagement for both sponsored and organic posts. This is where micro-influencers have leverage over top influencers. This could be because micro-influencers tend to focus on specific niches or subjects. The people who follow them are very likely to share their interests, and look to those influencers for content related to the subject. Meaning they readily engage with the influencer’s content.

Another significant benefit of micro-influencers is that they’re more effective at driving conversions.

According to Tom Kwon, Co-Founder and CEO of Scoutsee, micro-influencers are more effective at driving conversions than top influencers, as well as all other forms of advertising. When Spartan Race partnered with Scoutsee to activate their fans/followers into a community of micro-influencers, they experienced a remarkable conversion rate of 10.1%.

Additionally, other case studies have also shown that while micro-influencers may drive fewer shares and likes, they do drive a lot more sales in comparison to top-tier influencers. This is likely due to the fact that micro-influencers can connect with a more relevant and engaged audience.

If a brand chooses a couple of micro-influencers who specialize in a relevant niche, there’s a good chance they’ll be able to drive higher conversions because the audience is highly relevant.

Let’s say a cosmetics brand promotes their new products through celebrity influencers. They may be able to reach hundreds of thousands (and maybe even millions) of people. But there’s no way of knowing how many of those followers will be interested in the product.

Then instead of celebrity influencers, they promote the products through a group of beauty micro-influencers with a few thousand followers each. It’s likely that the people who follow those micro-influencers have a keen interest in cosmetics and beauty products. So there’s a good chance that a higher percentage of those followers will end up checking out the brand’s products.

One of the most important benefits of working with micro-influencers is that they’re very affordable to work with. This makes them ideal for brands that have a limited budget and are experimenting with influencer marketing to grow their brand.

Bloglovin conducted a study of 2,500 micro-influencers. In this study, they found that 84% of micro-influencers charge $250 or less, and 97% do not charge more than $500 for one Instagram post. The numbers are more or less the same for charges on other platforms such as blogs, Facebook, and Twitter.

According to the Bloglovin study, $5000 could help you reach around 315,000 followers on either blog platforms or Twitter when working with micro-influencers. For the same amount, you could reach around 200,000 people on Instagram and 125,000 people on Facebook.

So when you work with micro-influencers, you have the advantage of cutting costs while activating several influencers at a time. This way, you can reach a lot more people and raise awareness about your brand.

If these stats and studies aren’t enough to convince you, check out how other brands have benefited from working with micro-influencers. Here are a few examples:

Scrunch conducted a case study on how micro-influencers impacted the performance of a marketing campaign for MINI Australia. The company worked with five micro-influencers in the fashion industry. The goal was to showcase the stylish features of their new car. Using just 14 Instagram posts, the influencers generated more than 8,000 engagements with the campaign content. They were also able to reach 147,800 consumers through these posts. Here’s an example of one of the sponsored posts by The Fashion Heist. Mavrck conducted a case study on the impact of micro-influencer marketing for Old Spice. The brand wanted to raise awareness about their Hardest Working collection among men aged between 18 and 40. They activated more than 2,000 micro-influencers, who each created branded content to promote the collection. This resulted in 4.5 million impressions and 14,000+ total engagements. They exceeded their goals by 226% and 108% respectively.

Here’s a screenshot of one of the branded posts by Eric Weiss, who has about 240,000 followers.

By now you have a clear idea how micro-influencers can help you grow your brand through word-of-mouth. They help you engage your target audience and drive more conversions because they can connect with a relevant audience. Plus, they’re much more affordable to work with, so they’re suitable for small businesses and startups too.

And you even have proof that brands have actually benefited from working with these influencers. Do you have any questions or any comments about these points? Let me know in the comments below.

Shane Barker is a digital marketing consultant that specializes in influencer marketing, product launches, sales funnels, targeted traffic and website conversions. He has consulted with Fortune 500 companies, influencers with digital products, and a number of A-List celebrities.

Find out how to leverage the power of your employees’ influence on social media by downloading the guide below. Why Educational Content is Vital to Your Sales Team’s Success 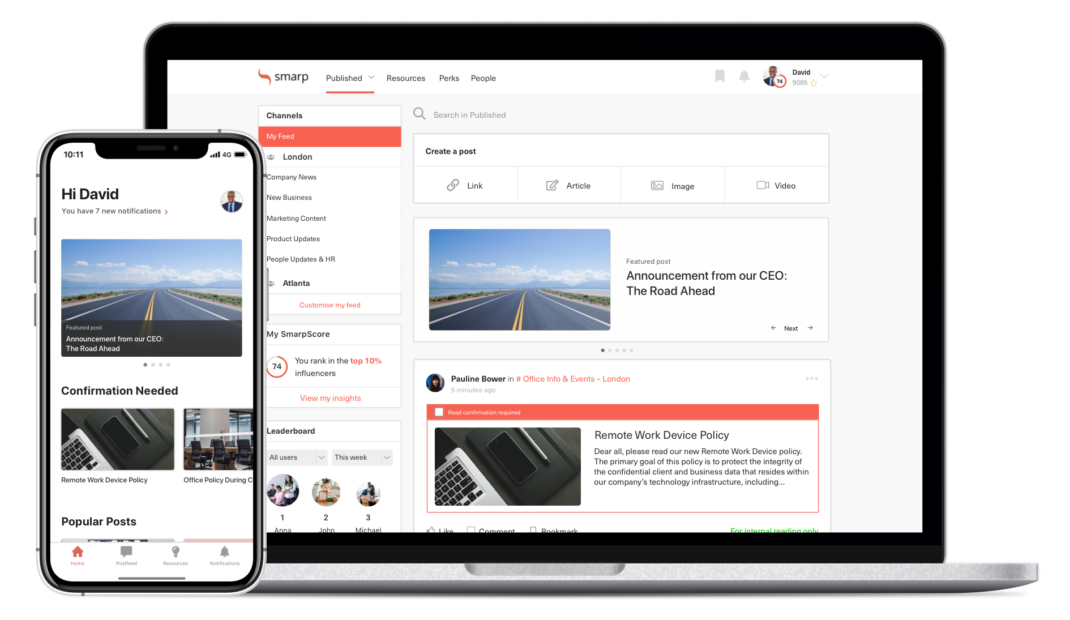 Reach all your employees, from corporate to frontline, with targeted communications.